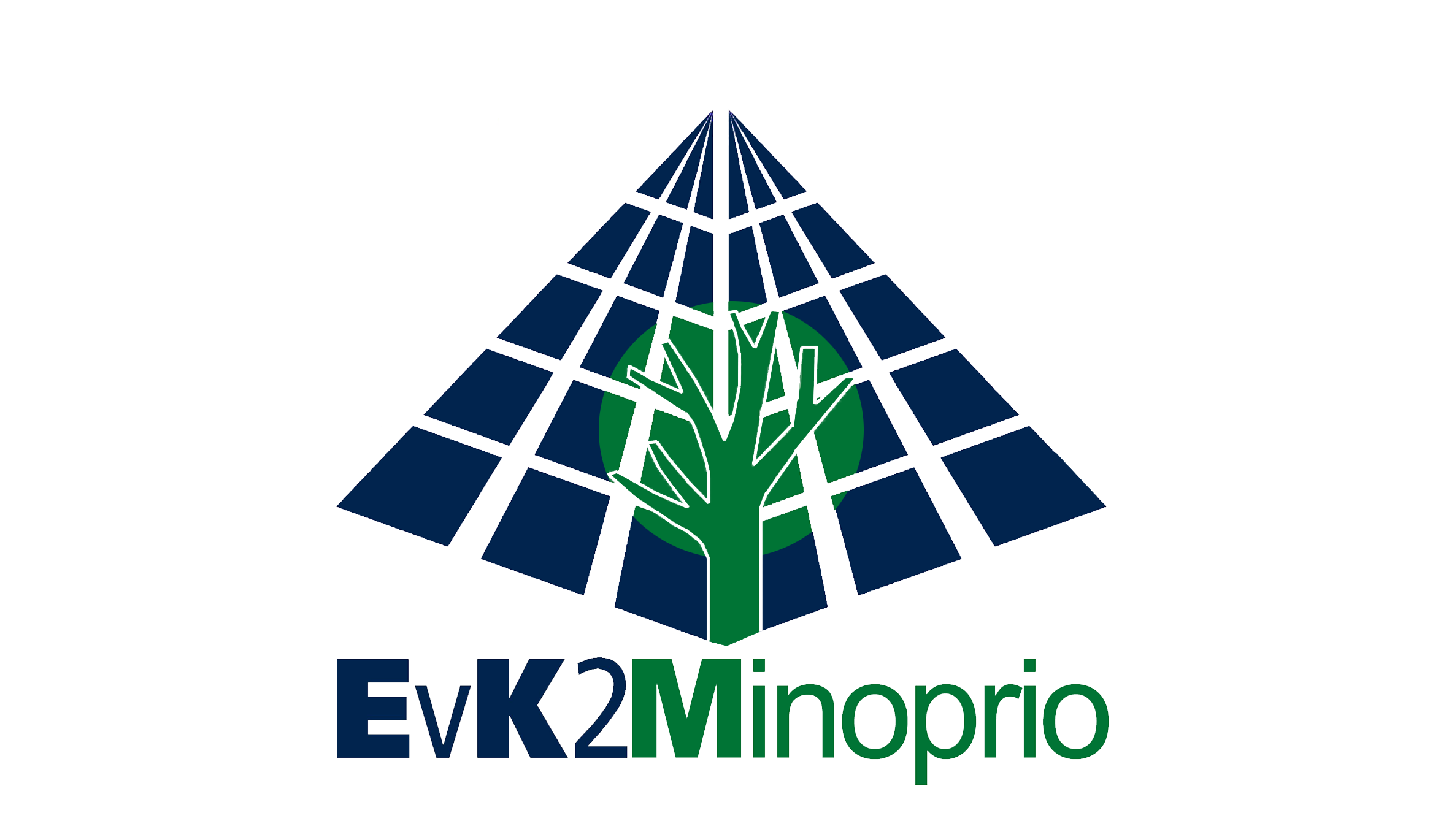 Goal: the SEED project aims at an integrative development of CKNP region through supporting the implementation and management of CKNP, improving local wellbeing and livelihood options.

Gilgit-Baltistan, the northernmost province of Pakistan is one of the most mountainous landscapes on earth, situated where 3 of the world’s largest mountain ranges converge: Himalaya, Hindu Kush and Karakorum and encompassing the world’s largest glacier outside of the Polar Regions. Most elevations are above 1500 m a.s.l. and more than half of the area is well above 4500 m a.s.l., including K-2, Nanga Parbat, Gashbrum-I, II, and Broad Peak.

Central Karakorum National Park, the largest protected area in Pakistan is situated in the northeast of Gilgit-Baltistan. The 10,000 square kilometer Central Karakoram National Park is the biggest park in Pakistan. It falls into the administrative districts of Gilgit, Skardu, and Ghanche. Approximately 230 villages, 97,608 people and 13,159 households are located in areas adjacent to CKNP. It borders northwards with China and eastwards with Ladakh and Kashmir. With its majestic glaciers, such as Baltoro and Biafo, its unique wildlife and floral diversity, Central Karakorum National Park’s breathtaking beauty with wild and untouched mountain landscapes and majestic peaks is unmatched on earth. Although the population of Gilgit-Baltistan is relatively small, it is linguistically and ethnically very diverse. Twelve different languages tell us about the long, turbulent and rich history of the area, which manifests itself in numerous important cultural heritage sites.

However, for the people making a living in this part of Pakistan, remoteness from important education and health services and centers of commerce are the downside of the wild and untouched beauty of the province. Cash income sources are rare and in this harsh and dry mountain climate even subsistence agriculture is a feat and sickness can easily lead to serious chronic illness or death. All of these properties make people from Central Karakorum National Park living constantly at the brink of poverty.

No surprise that the Poverty Reduction Strategy Paper (PRSP) of the Pakistan Government from 2004 lists rural regions in Gilgit-Baltistan province as having the 3rd highest poverty rate in the country, just after FATA and NWFP.

Gilgit-Baltistan has a unique and critical role to play in the sustainable development of Pakistan. Although the province spans a relatively small geographical area, it hosts the vital catchment of the Indus River, a key water source for Pakistan’s irrigated agriculture and hydroelectricity production. Gilgit Baltistan also hosts the nation’s most important natural forests, extensive mineral reserves, and a wealth of biodiversity. The dramatic scenery, some of the world’s highest mountains and the rich cultural and archaeological heritage make Gilgit-Baltistan one of the most visited tourist destinations in the country.

The Central Karakoram National Park (CKNP) was officially notified as National Park in 1993. There is a tremendous pressure on the natural resources due to traditional usufruct rights of the local inhabitants, coupled with the additional need of visitors to the area. Unsustainable resource use and tourism practices are viewed as the key threats faced by the local ecosystem.

Governmental and non-governmental organizations have been working at the local scale for over a decade in order to improve the economic, social and environmental situation of CKNP area. All the interventions have a common objective, but no framework that coordinates the different activities and strategies. International organizations and tourism companies don’t have a legislative framework of reference, as the only law on parks is the Northern Areas Wildlife Preservation Act of 1975, which is not very effective.

To tackle these deficits and achieve a better coordination of the different interventions towards the realization of CKNP, the project “Participatory Management and Development of Central Karakoram National Park (CKNP)” had been approved in June 2007 by the Northern Areas Administration; this 5 year initiative is supported by the HKKH Partnership Project, WWF Pakistan and the Karakoram Trust Project. The CKNP partners have been cooperate in the implementation of activities according to the repartition of responsibilities agreed in the CKNP project document. However, two of the key projects: Karakorum Trust and HKKH Partnership Project, are being concluded and due to a lack of funding the PC-1 activities will have to be reduced substantially or dropped entirely. Particularly the capacity to implement CKNP regulations and manage the (future) park must be ensured if the CKNP planning process is to be successful, which is considered a key factor for economic and livelihood development of communities in CKNP bufferzone. For this reason the SEED project will conclude the PC-1 activities related to capacity building for CKNP directorate.

This is where the SEED project takes off…

Realizing the close interrelation between poverty alleviation, social and economic development for local people, environmental research and conservation of the unique natural beauty of the area, the SEED project aims to catalyze an integrated social, economic and environmental development, including the realization of Central Karakorum National Park.

With this aim, the project operates in compliance with the priorities defined in Implementation plan for the Agenda 21, developed at the World Summit of Sustainable Development in 2002 to achieve the reduction of poverty and support the sustainable development of mountain ecosystems:

“An integrated approach is needed for conserving, upgrading and using the natural resource base of land, water, plant, animal and human resources. In addition, promoting alternative livelihood opportunities, particularly through development of employment schemes that increase the productive base, will have a significant role in improving the standard of living among the large rural population living in mountain ecosystems. (…) Specific information on ecology, natural resource potential and socio-economic activities is essential. A given mountain slope may include several climatic systems – such as tropical, subtropical, temperate and alpine – each of which represents a microcosm of a larger habitat diversity. There is, however, a lack of knowledge of mountain ecosystems.”

For the past 20 years, Ev-K2-CNR has been supporting Gilgit-Baltistan with scientific expertise, through community development, improvement of the tourism sector, conservation of cultural heritage and facilitation of small businesses in collaboration with many partner organizations and departments from Italy, Pakistan and Gilgit- Baltistan itself.

Finally, Ev-K2-CNR has the opportunity to catalyze these experiences in different sectors and extensive networks in a holistic large-scale project that will make a real difference on the ground, for local people, visitors to the area, the economy, but also for the areas’ wildlife and the conservation of its unique beauty of global relevance.

In the SEED project Ev-K2-CNR was fortunate to find the right partner for this venture. Ev-K2-CNR and Karakorum International University (KIU) share a common vision and approach and the university is truly native to Gilgit- Baltistan. KIU’s mandate is to support the development of the Gilgit- Baltistan province by imparting knowledge and scientific education to the local youth, in order to harness their skills and expertise for the socio-economic and environmental development of their own homeland. In this respect, the collaboration with Karakorum International University renders the SEED project intrinsically sustainable. 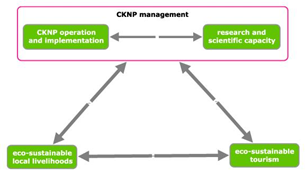 A key feature of the project’s approach is its strategy to integrate research (and capacity building for intrinsic knowledge generation) with community development and ecosystem management. Thematically, the SEED project will focus on three main interconnected areas, which can be considered the main pillars of an integrated development of CKNP from the perspective of different prevailing approaches in the fields of macro-economic development, protected area management/entitlements, livelihood development and well-being.

IMPROVEMENT OF LOCAL LIVELIHOODS AND WELL-BEING ECONOMIC DEVELOPMENT AND SUPPORT FOR THE ECO-SUSTAINABLE TOURISM SECTOR 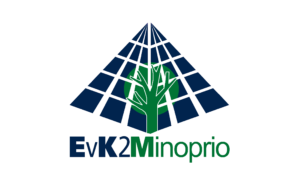